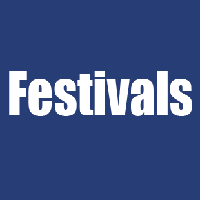 CHARLOTTE – The 13th annual Joedance Film Festival will feature both virtual and in-person showings of 25 short films from Aug. 4 to 6 online and at Charlotte Ballet.

Joedance honors the memory of Joe Restaino by raising funds and awareness for pediatric cancer research at Atrium Health Levine Children’s. Restaino died of osteosarcoma in  2010  at the age of 20. The family chose a film festival to honor Restaino because of his love of movies.

• Funding a Level III Research Technician in the Beat Cancer Laboratory at Levine Children’s to operate a very specialized piece of equipment, a CyToF machine, which will speed up the process of studying effects of inflammation on cancer cells as it relates treatment outcomes.

• Funding multiple cancer research internships, which have provided critical support to the hospital, such as collecting data on integrative medicine, with Joedance Film Festival named as the underwriter for the project.

The following is the running order of films each night. The start times include a brief Q&A session with the filmmakers from the previous film. Films will be available to view for 24 hours from the 7:30 p.m. and 2 p.m. start times.

• What to do with Wallace Woods (Nick Bash, Director; Katy, Texas)